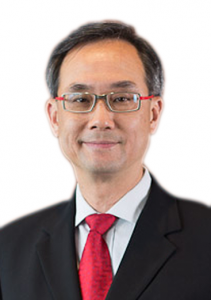 ChairmanLawrence Lua joined DBS Bank in 2011 as the Managing Director and Head of Private Bank for South East Asia. He was also a Member of the DBS Bank Singapore Management Committee. In Dec 2019, he stepped down as Group Head of the Private Bank to take on the role of Senior Advisor. He is also an Independent Director of Bumitama Agri Ltd and SingHaiyi Group Ltd. Lawrence has over 35 years of banking experience and was conferred a Fellow of the Institute of Banking and Finance in 2014. He held senior positions in various foreign private banks and was the Global Market Manager and Country Head for Citibank Private Bank Singapore from 1991 to 1999. Lawrence started his banking and finance career with the Monetary Authority of Singapore after graduating with a Bachelor of Social Science (Honours in Economics) from the National University of Singapore in 1982. In addition to his role in DBS, Lawrence is Chairman of the IBF Private Banking Industry Workgroup and a Member of the IBF Standards Committee. He also serves on the Advisory Board for Wealth Management at the Singapore Management University. Beyond banking, Lawrence serves as the Founding Chairman of a not-for-profit child development organization since 1991 and was recently appointed Chairman of the Nee Soon Link Citizens’ Consultative Committee. He is also a mentor to Bettr Barista, a social enterprise involved in helping marginalized women and youth-at-risk.