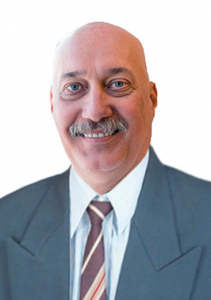 Richard is a founding director of Singapore-listed KrisEnergy Ltd., for which he is also Director of Business Development responsible for the strategic development of the group’s upstream oil and gas portfolio. Prior to KrisEnergy, he was a co-founder of Pearl Energy, which listed in Singapore in 2005 and was acquired by an Abu-Dhabi investment group a year later.

He is a petroleum geologist with more than 30 years of experience in the upstream oil and gas industry. Previous key positions include Manager of New Business Development for Elf Aquitaine in Singapore, New Ventures & Exploration Manager for Gulf Indonesia and Senior Production Geologist for Asamera (South Sumatra) Ltd. He has also worked for Oriental Petroleum & Minerals in the Philippines, Funk Exploration Inc. in the United States and Anglo-Suisse (Pakistan) Inc. based in Karachi.

Richard is a member of the Indonesian Petroleum Association, American Association of Petroleum Geologists (AAPG), Oklahoma Geological Society and the South East Asia Petroleum Exploration Society. In 2013, he received a Distinguished Service Award and a Certificate of Merit from the AAPG.